The neighbour’s dog barks into the wind

for the boy who is never there.

On the deck, tethered to its red kennel,

it eyes the world,

barks with its full life-force.

An eyelash drifts down from the skylight.

From the spindly, first stepping legs,

afraid I would fall if I did not

From the shell-shocked ‘aeroplane meals’

to bring us back to some kind of reassembling

of who we were.

Sitting across from each other,

to root out fear in ourselves?

I am left with terrible breath.

The hospital smell got inside, laid its seeds

and grasped. My mouth a walking tomb.

I blow into my cupped hand and know

Time will come to flush,

to scour the pathways.

Just to be dreaming again is enough.

How to eat a cherry by Diana Burns

It must be a sunny day

one where the sky

is limitless, the garden redolent with bright greens.

Choose a seat where the sun speckles your face.

Lift the cherry by its stem,

admire its dimpled roundness, how

Place it between your teeth, teasing… then

slowly pull it into the warm dark of your mouth.

Let your tongue explore its surface,

Bite into the lush flesh,

taste how the juice runs

into every cranny of your mouth, suffusing

your senses, sweetening your smile.

Hold it there a while before you swallow.

This is the definition of summer.

And in the bowl, still more cherries. That Lovely Evening in Lublin by DeWitt Clinton

You’ve thought this too, right, that you’re trying

To remember what happened just the other day,

Or perhaps something so far back it’s now hard

To even try to reconstruct, but isn’t that the way

An old mind can only live with so much stuff,

That some of it just has to be tossed, but when

Exactly did we lose all those precious memories

That make up some of who we were and thought

We’d remember forever, but even without our

Permission, some of it just gets thrown out,

Tossed, but when and how is so unclear and no

One really keeps records of what’s about to

Take leave, as the brain is shrinking, right, about

This time, even my brother can’t remember the

Two of us, mowing around old gravestones,

But those stones look so much more tidy,

As if anybody down there really cared as

Even the families are probably all gone by

Now, but then one day we’re stuck on a bit

Of a memory of that last picnic on the

(forgot the name) river, and nothing seems

To loosen up in the old brain not even what

So odd about all this is that all of us enjoyed

Lifting another one, and another part of me

Quotes just right, and then, where the heck

Did it go, as if it’s just something someone

As the roof in our head just couldn’t take

Anymore without crashing into what’s

Below, and what’s below has hardly any

Way of knowing what we did on that lovely

Never been to, but was so delicious for

Both of us, especially when we just wandered

Away from the fire and then found ourselves

Wrapped around each other even though

We’d just found each other a few days

Before, or was it a week or a month before

When I walked into the party you were hosting

Or was it your husband, the one you’ll never

See again, and now, unfolding all those

Years so long ago that sometimes I wonder if

All the drama stored up there has its own

Stage, with props and costumes, even lights,

It must, or how could any of these scenes

Ever get past even the opening lines, but

Now, nobody, nobody can’t even recall

Who walks on first to open the first lines,

And worse, no one, ever, is sitting out

There as there’s barely enough room

For all the make-shift stages, and costume

Changes especially when the mind drifts

From one drama to another without even

Knowing we’re someplace else, so all the

Loving pets, all the belts released for

Thrashing all the little ones, all the clothes

That no longer fit, all the delightful ideas

Lost before even remembering, all the

Songs hummed, or sung as if we were

Still at the opera in Lublin, all lost, even

The potato soup across from the opera

House as rain poured and poured on the

Cobblestones outside making what we

Thought was the most memorable ever

Evening, now slipping away, the rain,

The opera of Verdi’s so stunning especially

In this old city of war, now mostly forgotten

By all the young, as something is always

Moving into the space, something forgotten

Then nothing, except maybe here when

We try to put together what we knew about

That evening, Verdi’s opera about all those

Israelites marching into exile, the pretend

Moment we saw Bogart and Bergmann

Walking by, arm in arm, looking in to see

The two of us, looking up, somewhat surprised,

On that evening we loved so much in Lublin.

Someone Please by Todd Matson

Someone please, tell me

to seeing a disheveled old man –

through a grocery store,

talking to his wife on the phone

with a phone in each hand,

one for each ear –

speaking to her from one,

answering, in her voice, from the other,

as he looks for the sugar

he can’t find in the isle.

a 4-pound bag of sugar

in his wrinkled hands

filling carts with bread and water,

asking him if there is

anything else he needs

seems not quite enough.

So, I stalk him, inconspicuously,

from isle to isle, eavesdropping,

with an ear to the door

of an intimate conversation

not meant for him.

“Did I get you everything

you asked for, love?”

And in his best imitation of her,

Someone please, paying for

the paltry items in his cart,

placing them in his car

seems not quite enough.

Diana Burns is a writer, journalist and trainer from Wellington. She has loves words and language in all its forms, and has written numerous articles and short stories. She hopes to write a novel, and will probably spend the rest of her life trying to be a better writer.

DeWitt Clinton has two poetry collections (Conquistador narratives) from New Rivers Press, a recent collection of poems, At the End of the War (Kelsay Books, 2018), and a new collection from Is A Rose Press, By a Lake Near a Moon: Fishing with the Chinese Masters, plus a collection of poetic adaptations of Kenneth Rexroth’s 100 Poems from the Chinese.  He is Professor Emeritus at the University of Wisconsin, Whitewater, and lives in Shorewood, Wisconsin.

Dawid Juraszek is the author of Medea and Other Poems of the Anthropocene (Kelsay Books 2020). A bilingual writer and educator based in China, he is working on a PhD project in cognitive ecocriticism at Maastricht University. His fiction, non-fiction, and poetry have appeared in multiple venues in Poland, the United States, Great Britain, Australia, Canada and Ireland.

Wes Lee lives in Wellington. Her latest poetry collection By the Lapels was launched in Wellington (Steele Roberts Aotearoa, 2019). Her work has appeared in Best New Zealand Poems, The New Zealand Listener, Landfall, Poetry London, The London Magazine, The Stinging Fly, Westerly, Australian Poetry Journal, among others. She has won a number of awards for her writing including The BNZ Katherine Mansfield Literary Award. Most recently she was awarded the Poetry New Zealand Prize 2019 by Massey University Press, and shortlisted for The Inaugural NZSA Laura Solomon Cuba Press Prize 2021. 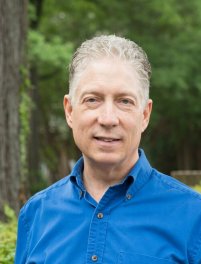 Todd Matson is a Licensed Marriage and Family Therapist.  He poetry has been published in The Journal of Pastoral Care and Counseling and his short stories have been published in Ariel Chart International Literary Journal and Vital Christianity.  He has also written lyrics for songs recorded by a number of contemporary Christian music artists, including Brent Lamb, Connie Scott and the Gaither Vocal Band.