Finding the Fool by Meg Pokrass

You searched for him even after you found him. This had something to do with the temptation of indoor cats toward feral Toms. His foolishness got stuck between your teeth. The first time in years that you had been out of your house. The first time you had thought about anyone other than yourself.

You couldn’t break up with the eyes in your head. Even before you loved each other, he slept next to you.

You’d never listened to anyone before but now you were trying to hear. “Relax,” the idiots said. “Breathe.” A fool never bothers.

On the way to the lotus position, day after day, he snuck back in. When he wasn’t there, you craved the stretch of his grin, his toothless confidence. In your broken car, you and your fool watching the sun going down together.

That year, the TV told the world to sit absolutely still. You slept. Talked perfectly loud in your dreams. Made love to yourself. Held the fool who wasn’t an idiot. Bird sounds poured forth as if they had always lived deep inside your phone. 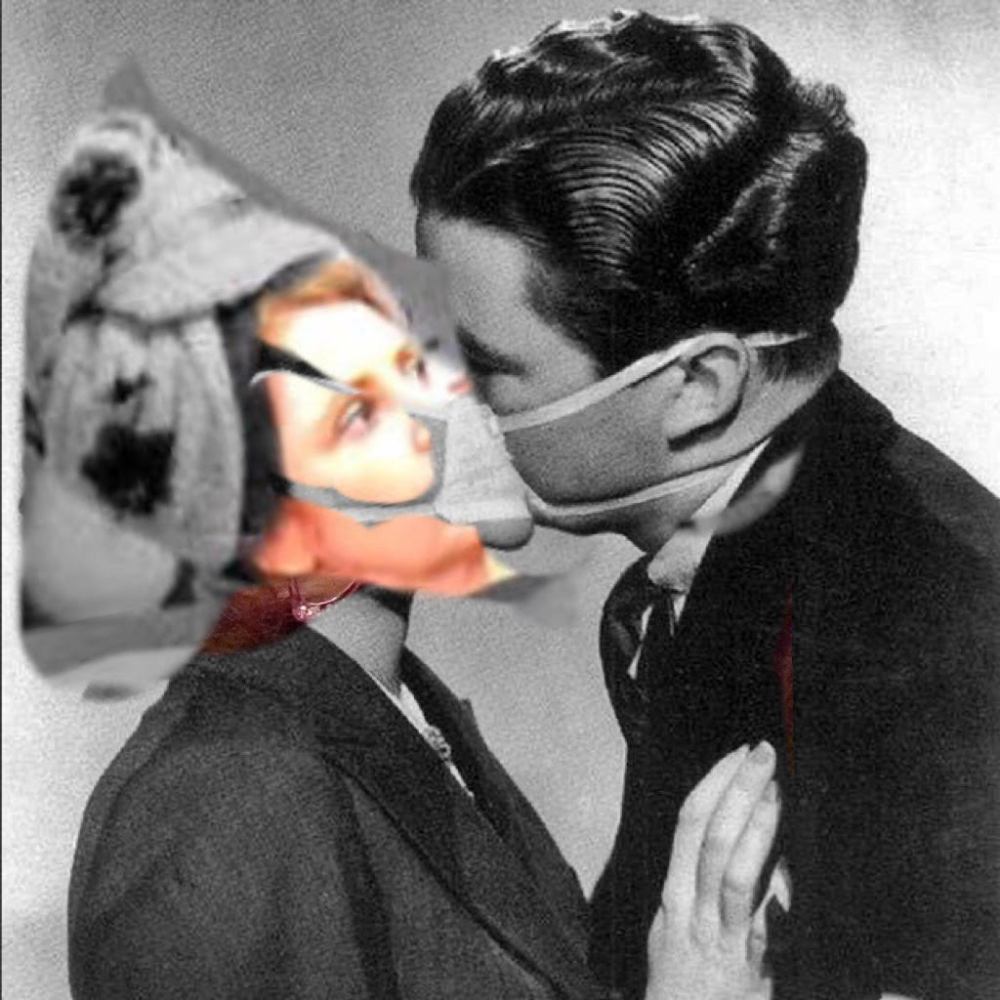 “This machine kills fascists” says the sticker on a teenager’s laptop. He’s using the machine to Tweet anti-Semitic memes. For the lols.

The young woman busking in the street has “This machine kills fascists” painted on her guitar. Her usual pitch has become a shrine – police killed an unarmed black kid nearby. The spot where she’s playing today isn’t as lucrative.

A trendy stationery chain sells pens with “This machine kills fascists” stencilled on them for $7.99. The majority shareholder in the retail conglomerate which owns the chain funds anti-union legislation in several countries.

The stock on Rick Jefferson’s AR-15 reads “This machine kills liberals”. He visits the firing range every week. When the liberals come to take his guns, he’ll be ready.

Long-time activist Euan Jones  wrote “This machine kills fascists” on his camera himself. He records mass protests in London throughout 2028. Euan doesn’t know that police hacked the camera’s data connection, streaming footage to government servers along with Euan’s cloud accounts. He hasn’t been arrested yet; his camera captures the clearest images of protest leaders.

A household android comes pre-decorated with a grungy “This machine kills fascists” motif. It doesn’t know what fascism is, but if anyone bothered to explain, the definition would become a sigmoid function filtering through the robot’s CNN layers to create a new output: activationHuman[combinationFascist].

The pine trees at Bottle Lake have small homes for patupaiarehe. Wooden doors and roofs of pine needles. At Rutland Reserve there’s a playground and pukeko in the long grass. He climbs higher and higher. So brave, we say. I can see the moon, he cries. We walk through Abberley Park, past the acacia covered with monarch butterflies. He spots a feijoa tree. All of us on hands and knees, foraging. Pockets full of fruit. The shadows are lengthening. He finds a fallen star among the clematis. Andromeda. There are holes in the elbows of his blue jumper. It’s time. 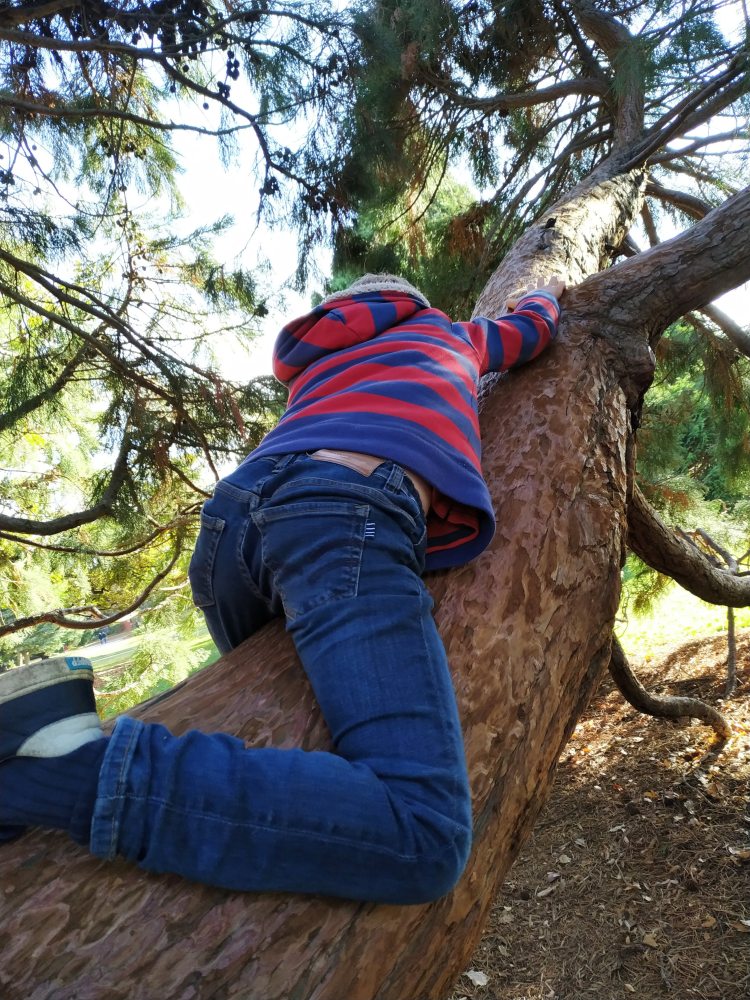 Her Day by Jan McCarthy

It’s her one escape in five days from the madness of the block: the slammed doors, the barking dogs, the drunken shouting, the occasional fights in the garden at the back, the revving of engines. Arm-in-arm they stroll to the allotment, just a few hundred yards away.

Jen and Fred have their apartment at the front of the building, facing East and liberally seasoned with traffic noise, thankfully less noise from neighbours. There was respite from the traffic during the first two weeks of lockdown. It was bliss. You could hear every bird. Their songs were joyful, extravagantly ornamented, like baroque music. They must have thought the human race had learnt its lesson.

In the hallway, checking for mail, Jen hears the lift go up and down and thinks it could be a ghost or a fault in the electrics for all she sees anyone in the flesh.

The man upstairs has spent his four months’ lockdown doing DIY as if his life depended on it, which it may well have done, though why he comes in at three in the morning is a mystery. He comes in and immediately switches on a food blender. Jen would not like to ask him what he is blending. She would, however, like to ask him to put down rugs to stifle the echoes, to absorb the vibrations. Once, she couldn’t help herself. She was trying to sleep in an armchair in the living-room. One of those nights. She stood up as tall as she could make herself, turned her face up to the ceiling and shouted Shut up! Shut up! Shut up! and it worked. Only for that night, but it was a small victory.

Her gardening hat (with side vents to cool her head) is rammed down, the chin strap tightened till it pinches. There’s a stiff wind, steel-grey clouds the consistency of gravy roil on the horizon above the park sycamores. It’s been a dramatic August so far. It shouldn’t be, but Mother Nature doesn’t have shouldn’t in her vocabulary. She, like Jen’s mother, is cruel and kind by turns, inexplicably. Jen has eschewed the word from her own vocabulary since turning sixty. Nobody tells Jen what to do anymore, not even Fred who, noticing it’s a bad day for her arthritis, is saying You should lean on me more, it’s OK love. She doesn’t. Fred’s health must be protected – defended – at all costs. She wishes he would lean on her, even if she had to take extra painkillers afterwards.

Where would she be without him? They haven’t had so much as a cross word in all this time, in spite of being stuck together and seeing nobody but a housing officer at the beginning who brought a bag of food and a couple of nurses in full PPE, like characters in a sci-fi movie, come to do Jen’s blood test. One of the nurses said she looked pale and she had to laugh. The whole winter was dark and gloomy, spring only slightly less so, and then there was lockdown… The only tan around is a fake one and Jen doesn’t go for fake. Not since she turned sixty, at any rate. She said it was her natural colour. The nurse looked as though she didn’t believe her, but that’s nothing new. Nobody has believed Jen her entire life. Sometimes she’s told lies just to spite people. Why tell the truth if everyone doubts you anyway? The next time someone asks her name she’ll say it’s Melpomene or Chanterelle… or maybe Dennis. For the shock value.

Fred opens the gate and Jen walks down the path to where a pair of cherry trees overhang. Three more steps, a ninety-degree turn and there it is in all its splendour. There dance a thousand fragile poppy heads, there buzz a thousand bees, there the runner beans climb their poles and the brown tassels of sweetcorn fan the air. The crook of Fred’s arm is slippery with perspiration. His skin there is as soft as silk. Soft as a young man’s. There are some things that beauty clings to, even when death hovers all around, in the dead wasp on the picnic table, in the shrivelled haulms of potatoes, in the overlooked, rotting weeds sitting stinking in a bucket beside the water butt, in the pandemic that threatens…

Walking among the vegetable patches, basket in hand, Jen cannot believe in the world beyond the gates. The allotments have expanded to fill the entire universe and everyone is gardening, picking peas, planting lettuces, eating raspberries.

Jack Remiel Cottrell (Ngāti Rangi) is a cryptid lurking in the hills of east Auckland, surfacing only for rugby and cricket. His piece ‘Work and Income Gothic’ was nominated for a 2020 Sir Julius Vogel award. He’d really like it if you followed his Instagram: @jackremiel or his Twitter: @sportingcryptid – or just visited his website, here. 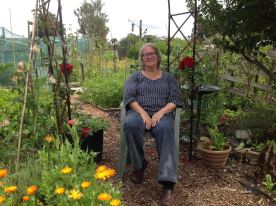 Jan McCarthy hails from Birmingham, England. Her short fiction, poetry and articles have been published both in the UK and abroad. In recent years, she has enjoyed publishing success in Australia. Her varied work history includes teaching, industry, hospitality and overseas development. She has been running a writing group for the past decade, and is a keen allotmenteer. Jan has a husband Terry, four children and five grandchildren.

Meg Pokrass is the author of seven flash fiction collections, two award-winning collections of hybrid prose and a novella-in-flash published by The Rose Metal Press. She is Series co-editor of Best Microfiction. She lives in Northern England.

Marjory Woodfield’s has been published by the BBC, Raven Chronicles, The Blue Nib, London Grip and others. She won the 2019 Dunedin UNESCO City of Literature Robert Burns Poetry Competition, received commendations in the 2019 Hippocrates Open Awards for Poetry and Medicine and the Proverse International Poetry Competition. She appears in Pale Fire – New Writing on the Moon (Frogmore Press), Best Small Fictions 2019 (Sonder Press) and with one eye on the cows (Bath Flash Fiction Volume Four). She was recently published in the Ver Poetry Competition Anthology and awarded third prize in the Yeovil International Literary Prize.