In March 2020, Ewan McDougall and his wife Sarah were in Queenstown when he became ill and was taken to hospital and the isolation room where Te Wai Pounamu’s first COVID-19 patient had recently been admitted.

He did not have that disease, but the reality of it hit him.

After he was discharged, he and Sarah returned home to Broad Bay in Dunedin and began their own lockdown, days before New Zealand went into Level 4. 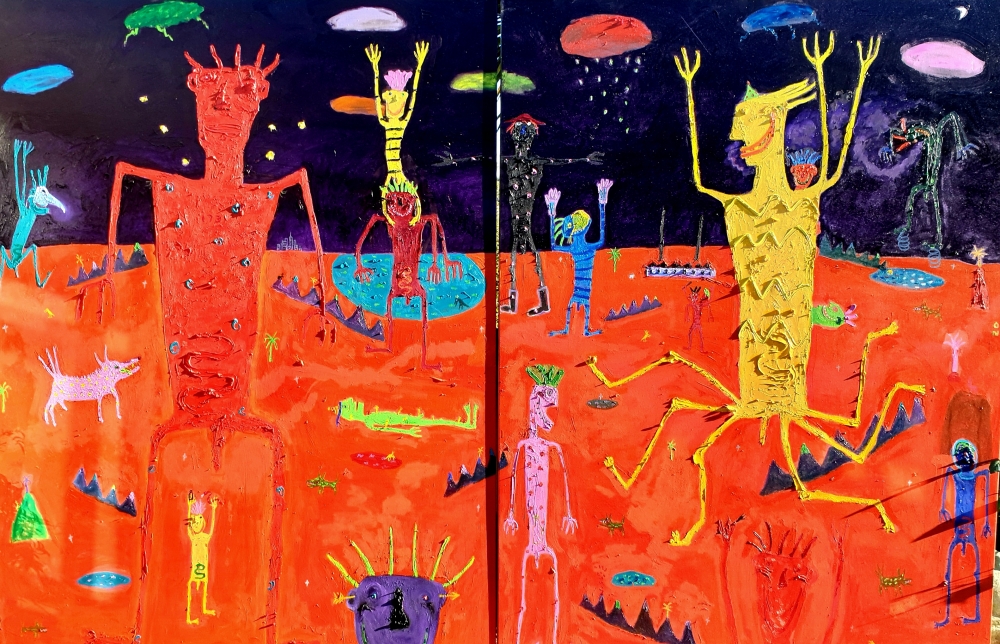 The diptych was, for McDougall, about dread – but also relief in that he and Sarah were well and happy in their Broad Bay cocoon, with their sons bringing them food.

During this period of intense, uninterrupted and fertile creativity, Sarah completed her first novel while Ewan worked on a series of COVID works.

Ewan McDougall is a Dunedin painter who has been exhibiting for 30 years. He has had 89 solo exhibitions, has shown in five NZ Public Galleries and also exhibited in London, NYC, Sydney, St Ives, Cremona and Valencia. He is a prize winner or Finalist in prominent NZ Art Awards and has paintings in many Public Collections. He prizes spontaneity, colour, vibrant primitive figures and a lashings of irony.